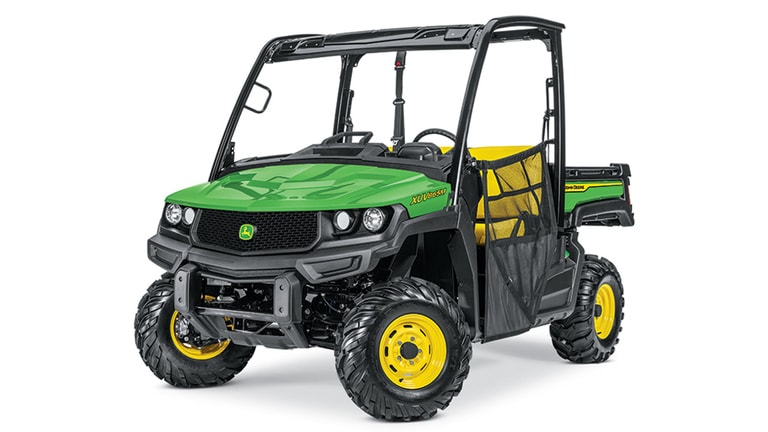 The Gator™ XUV Crossover Series Utility Vehicle has a precision-engineered drivetrain system that fully utilizes engine power, optimizing acceleration, hauling, towing, and hill-climbing capabilities. Power is transmitted from the engine through a continuously variable clutch system to the transaxle.

Key elements of the drive system include:

The variable-speed drive consists of two clutches and a drive belt:

How the variable-speed drive works: 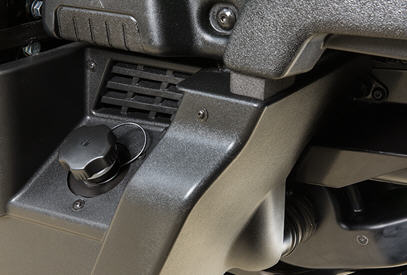 Side view of CVT intake and clutch enclosure (XUV835M shown) 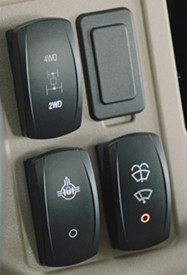 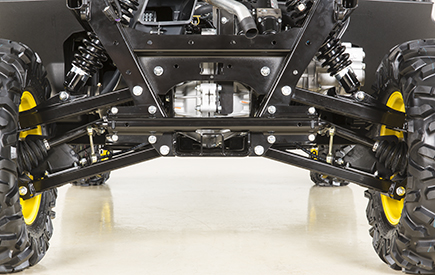 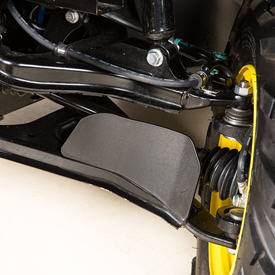 NOTE: Differential design reduces scuffing of the turf during turns because it allows the inside wheels to turn slower than the outside wheels. 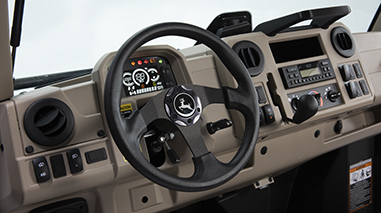 Whether it is a completely open operator station or a factory-installed cab, the interior has been redesigned with comfort and ergonomics in mind. 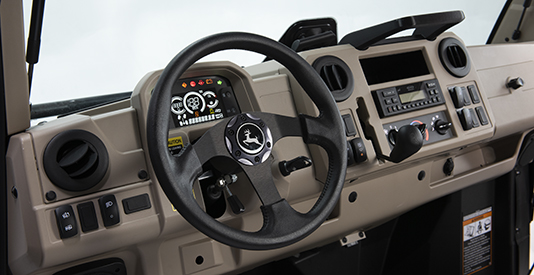 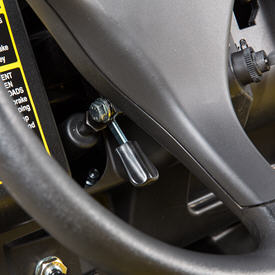 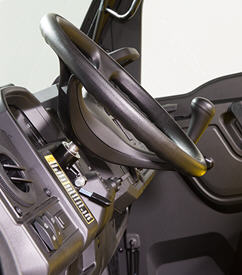 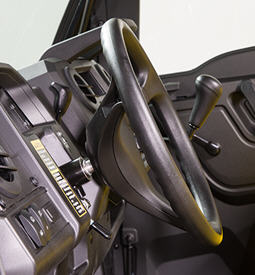 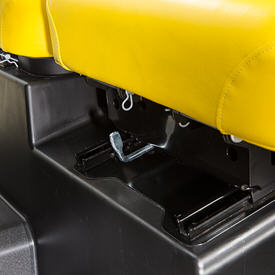 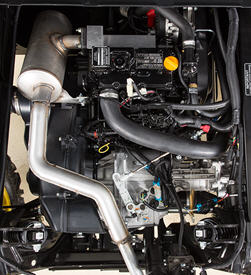 The engine offers the following performance and reliability features:

*The engine horsepower information is provided by the engine manufacturer to be used for comparison purposes only. The actual operating horsepower will be less. 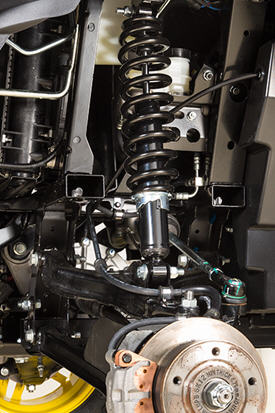 To complement the robust frame, the XUV is equipped with four-wheel independent suspension.

The entire suspension system has been optimized to handle no cargo to maximum cargo without compromising ride quality or vehicle stability.

M-trim units with factory-installed cabs and R-trim units have heavy-duty front and rear shocks installed from the factory. 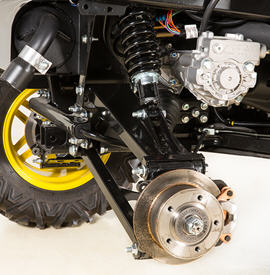 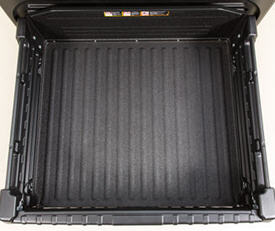 The deluxe cargo box consists of a 15 percent glass-filled polypropylene composite material that eliminates rust and dents and reduces noise. 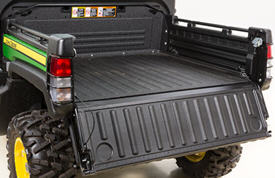 The tailgate can be opened or removed for easier cleanout and to carry longer items. The tailgate has been improved, features truck-like performance, and can be operated with one hand.

The standard-installed lanyards can also be removed to lower the tailgate to 150 degrees for convenient loading and unloading tasks. 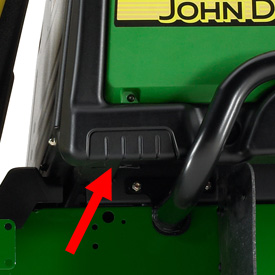 The deluxe cargo box is easier to latch, unlatch, raise, and lower with the integrated handle design and gas assist.

A prop rod is provided to hold the box in the upright position for operator convenience, as well as limit box pivot travel. 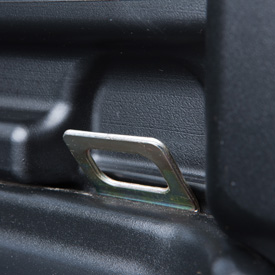 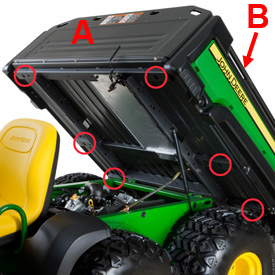 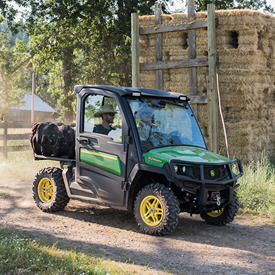 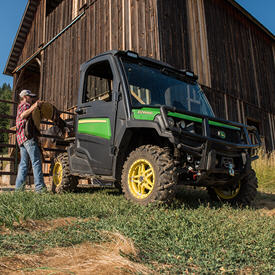 CAUTION: Carrying extra-long cargo that extends beyond the box can adversely affect stability.

On M- and R-trim vehicles, adding attachments and accessories is made easier by the inclusion of some main wiring harnesses that facilitate efficient hook-up. 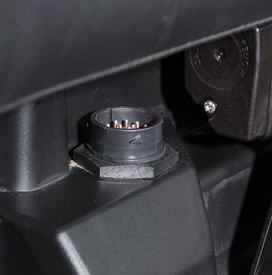 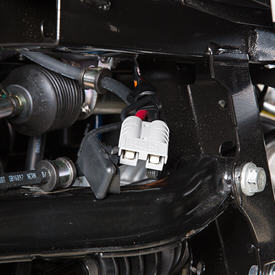 If dual beam headlights are desired, the following bundles are required: 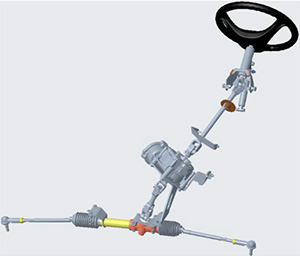 Power steering does not reduce turning radius but significantly reduces steering effort by approximately 85 percent compared to those models without power steering. 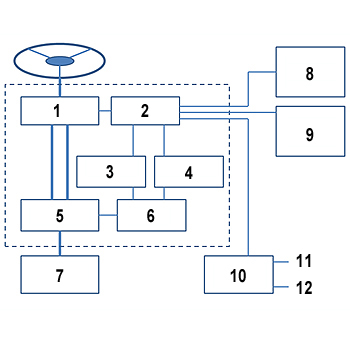 The numbered descriptions refer to the EPAS interface diagram shown above:

The M trim adds electrical power-assist steering (EPAS) and brings in the main wiring harness for easier attachment hook-up. Cabs are available in this trim level. Heating, ventilation, and air conditioning (HVAC) is also an option within the M-trim level. 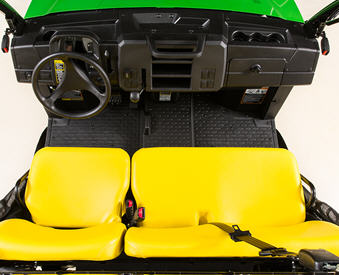 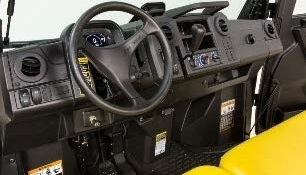 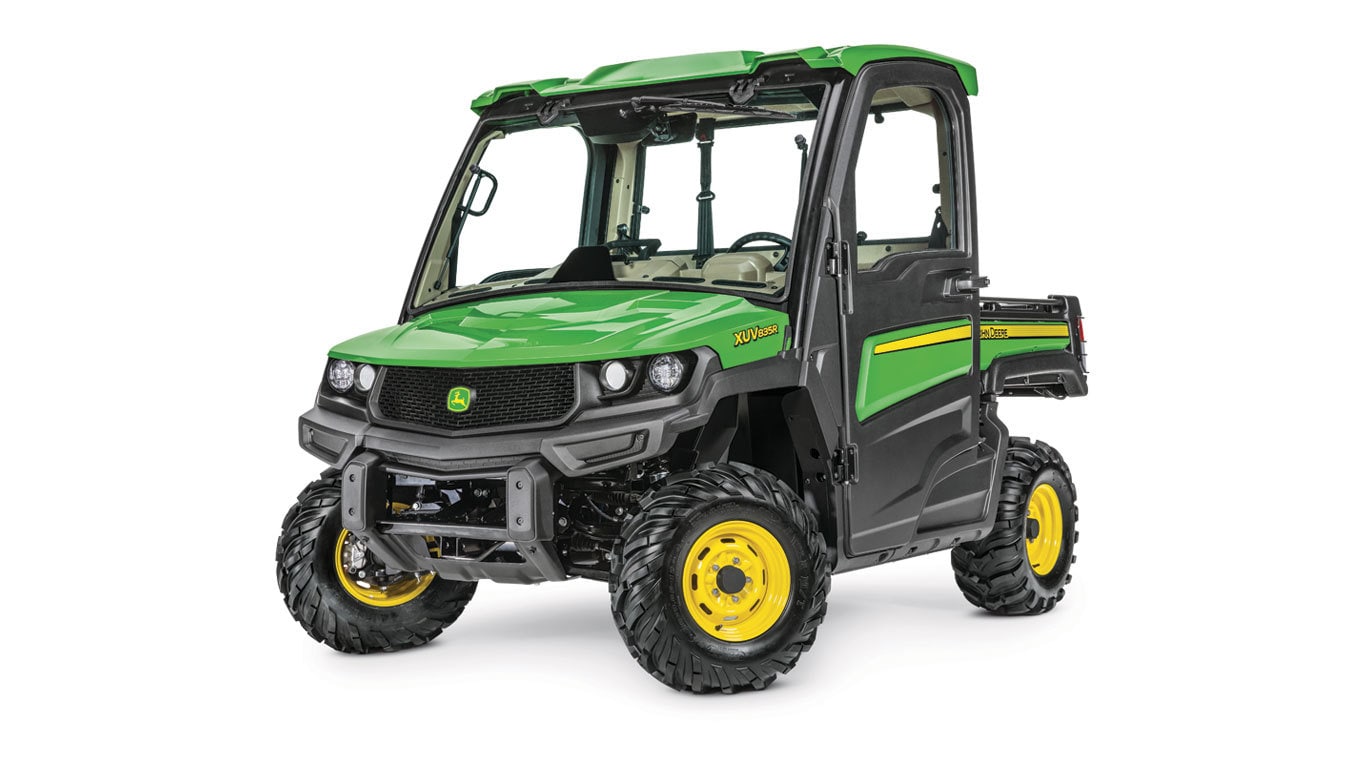 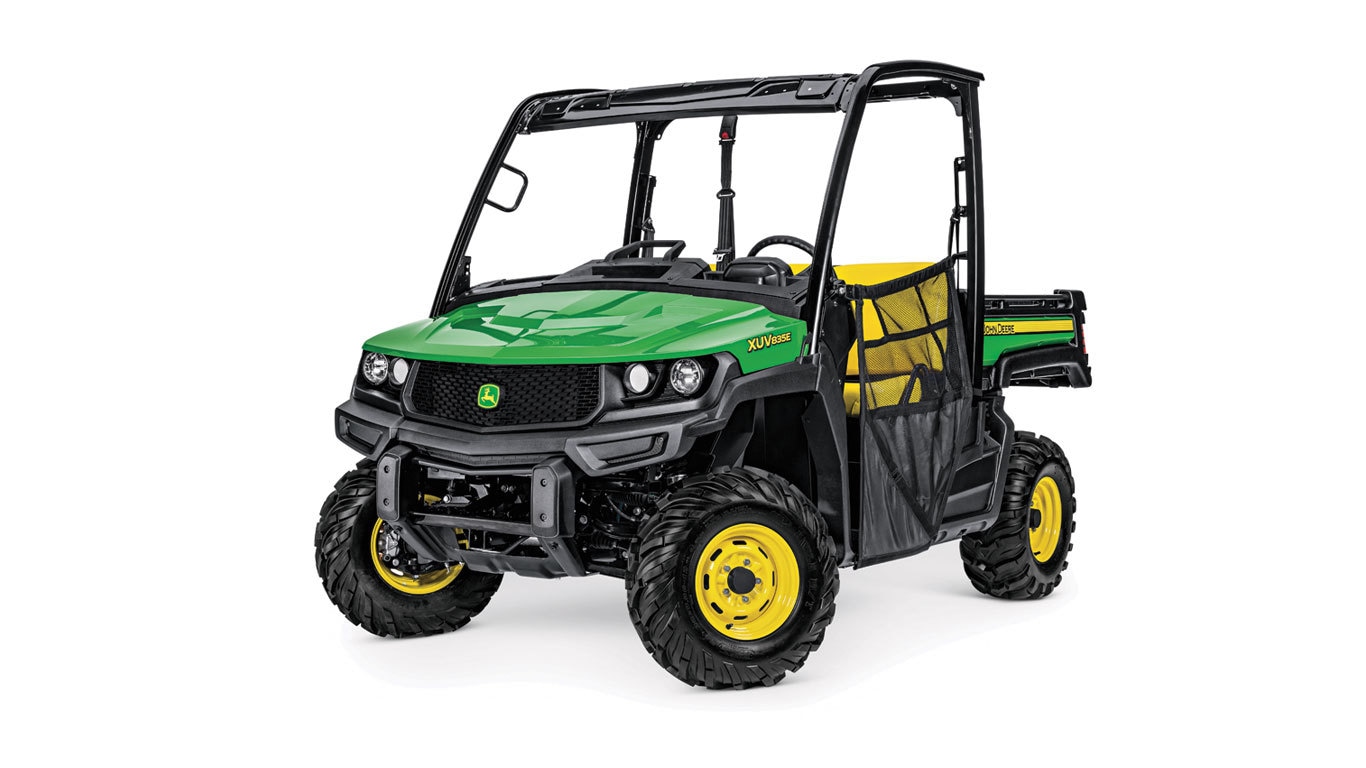 7 maintenance checks to extend the life of your tractor

Sunup to sundown, your tractor works as hard as you do. From dirt and untamed fields to grueling conditions and long hours, they take on the task at hand to ensure you stay at peak productivity.